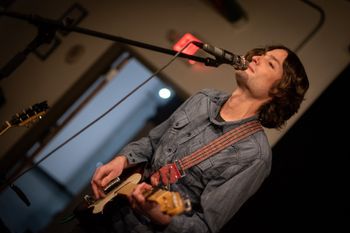 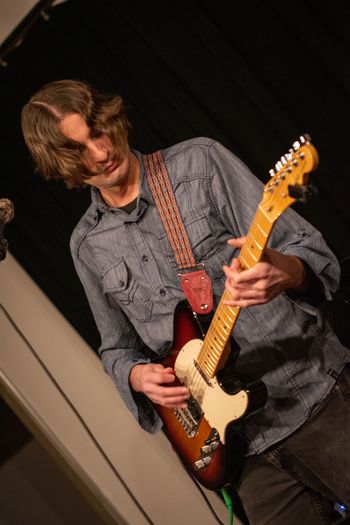 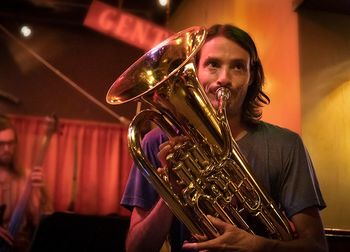 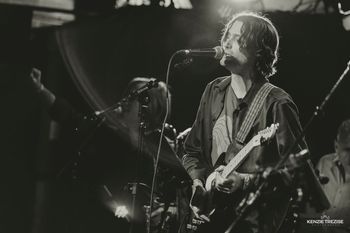 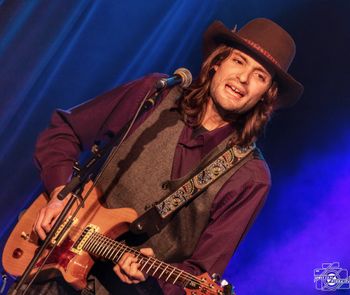 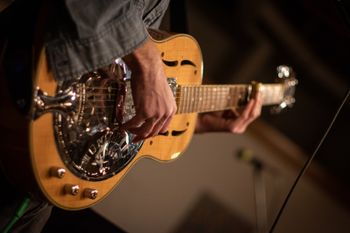 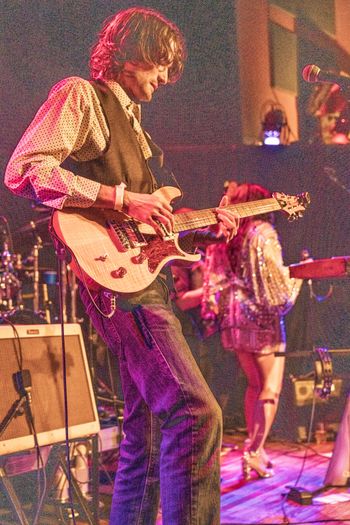 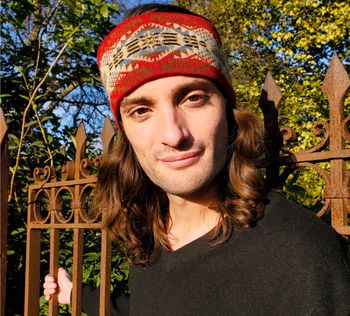 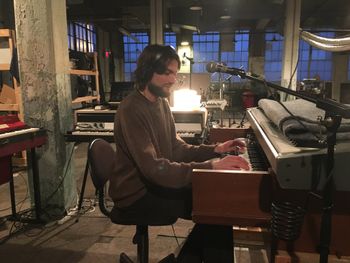 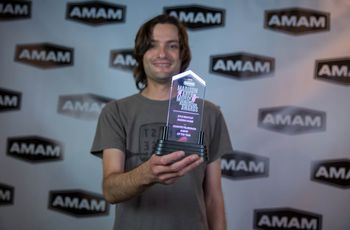 A native of the Four Corners region, Kyle Rightley is no stranger to crossroads. A trained classical musician with a jazzman’s flare for improvisation and a folk singer’s love of storytelling, Kyle stands at a unique junction. Currently residing in Madison, Wisconsin, he has built a career as a singer/songwriter, multi-instrumentalist, educator, and all-around musical chameleon.

Though his primary instruments are guitar and low brass, Kyle can also be heard playing keyboards, concert bells, mandolin, ukulele, percussion, electric bass, and just about anything he can get his hands on. He won MAMA awards for trombone player of the year and euphonium player of the year in 2021 and 2020 respectively. In addition to his solo exploits, Kyle is a member of award-winning groups The Big Payback, Driveway Thriftdwellers, The Civil Engineers, Five Points Jazz Collective, Don’t Mess With Cupid, and other area ensembles. He also contributes regularly as a songwriter to the Warrior Songs compilation albums. His 2021 song “Seawolf 7-6,” from the album Warrior Songs, Vol. 3, was featured on CNN’s The Human Factor. 2016’s Warrior Songs, Vol. 1 contained Kyle’s song “Brothers.” Rick Tvedt of Local Sounds Magazine praised the song for its “dark subject matter” and “powerful production,” calling it “one of the album’s strongest.”

Kyle’s earliest musical memories involve annoying his parents by singing Neil Young songs way too loud while pounding on the stairs. “I would also draw album covers and make up song titles to go on the back jacket” recalls the musician with a smile. “Sometimes it feels I fell into being a singer/songwriter by accident, and sometimes it feels like I planned it all along.”